How to Write a Recommendation for a Business Partner

Recommendations are an important tool for gaining the trust of potential customers! I still remember the colorful expression of a client who said: “I don’t want to serve the needs of your first shaving attempt!” Let me explain for the ladies that teenagers’ first shaving attempts are usually disastrous – a lot of bleeding cuts and unevenly shaved areas. The recommendation provides a guarantee to whom it may concern that you’ve learned how to excellently shave yourself  🙂

In more than 90% of the cases when I asked for a recommendation I received the answer: “Write something down and we will sign it”. It’s just typical. People prefer not to bother with such things and a lot of the experts who are great in their areas of competence are usually not very good at writing.

I offer you a simple but tested structure of a recommendation which you could use in any case:

1. Title
The best choice is to write RECOMMENDATION so that it becomes immediately clear what the document is about.

END_OF_DOCUMENT_TOKEN_TO_BE_REPLACED

Some Inconvenient Truths about Management

According to me, one of the best presentations of Webit 2011 was the lecture of Jason Little, the Creative Director of Landor Associates of Paris – “The Difference Between Normal and Exceptional”.

The essence of the presentation was impressive – how to reach extraordinary results by small changes.

Even more impressive was the fact that a creative director, who is usually concerned with totally different problems, used his presentation to “unveil” again some truths about management which are rarely discussed in Bulgaria but without which it is impossible to build a successful company in the long run. I myself have often told them during training seminars on management but I think it will be useful to mention them here.

Here are some points to think about:

END_OF_DOCUMENT_TOKEN_TO_BE_REPLACED

Posted in For employers | 5 Comments

Business Training – Some Tips Less Likely To Be Known

Training for the development of various crucial business skills (management, sales, marketing etc) is essential if you want to have a stable and successful business in the long run.

If you decide to leave your employees’ development to the methods of “trial-and-error” and “self-help” learning, you put at risk several things:

– Most probably your competitors often engage in training programs and since business is done by real people, your competitors’ teams would be better skilled, which is a major competitive advantage;

– You might be in the position of losing a deal which has 50/50 probability for win/lose and it is exactly the skills of the employees involved in the deal (not only the sales people) that would tip the scales in your favor;

– You might lose valuable employees because you or other company managers do not manage effectively both teams and processes, and it always comes the time when the good employees get tired of this or receive better work proposals.

Before you decide to include one or more of your employees in an open training program or to organize an internal company training, HONESTLY answer the following questions:

END_OF_DOCUMENT_TOKEN_TO_BE_REPLACED

How to Write Offers Which Sell

Posted on November 4, 2012 by Stefan Dimitrov

This is a key post in the “Sales” category, because writing offers is one of the difficult aspects of selling. To achieve success in face-to-face selling, you could use a wide range of methods – demonstration materials, personal charm, linguistic skills, ability to manage the communication process etc. The written offer, however, is being usually considered when you are absent, and it is quite questionable how clients would react, i.e. it is much harder to make them think the way you want.

The tips in the file for downloading Guidelines How to Write Offers are directed to sellers and are closely related to writing offers because, my experience shows, a lot of sales people lack serious skills exactly in this area.

The tips I have prepared would mostly serve the needs of writing sales offers for (complex) technological solutions, but they could also be used for all other products or services. You just need to creatively adapt them.

My advice includes a number of aims to be achieved by the offer. You could also add your own aims. What is important while writing a component of the offer is to always ask yourself “Does the thing I want to include support the achievement of my aim?” If the answer is NO, you’d better ignore it – it’s useless to complicate the text and distract the reader’s attention.

If you think I have missed something or you find something wrong or inapplicable, send me a note to stefandd@yahoo.com. I would appreciate every comment and I would include the useful ideas in the next versions of the offer writing guides.

Download Guidelines How to Write Offers and improve your sales success rate.

What is “Company Experience”?

One of the corporate brochures of the company I work for is soon to be edited, and while reading the texts, I decided to post a separate topic about company experience.

If your company has at least a 5-year history, you are certainly proud of the experience you have gained and use it as a competitive advantage. However, have you thought about the meaning of this cliché?

In fact, company experience means the experience of particular people!

Someone might argue now that companies gather and keep valuable and results-proven methodologies, technologies, policies, experimental results etc. Yes, this is true, but again real people have to analyze the accumulated knowledge, to acquire and apply it, and if these people don’t have the necessary experience in the particular area, the positive result is doubtful…

If you appreciate company experience, here are some ideas to think about:

END_OF_DOCUMENT_TOKEN_TO_BE_REPLACED

How to Write a Sponsorship Request

Posted on September 23, 2012 by Stefan Dimitrov

In my previous post “How to Find a Sponsor” I published some tips on how to look for support to realize projects.

But the key role for getting the necessary support has the sponsorship request itself – a written document which you particularly prepare for each potential sponsor!

Having been at the position of Marketing Manager at a number of market leading companies, I have probably read hundreds of sponsorship requests, and I have myself sent to both Bulgarian and foreign partners many requests for (extra) support – financial, product, information etc. As a result of my success and failure analysis, I found a universal structure which always has good results, given the other party’s general interest and available resources.

Here is what each of the above mentioned parts should include:

END_OF_DOCUMENT_TOKEN_TO_BE_REPLACED

How to Find a Sponsor

Posted on September 23, 2012 by Stefan Dimitrov

If you are looking for some support for running a project, you have to know that commercial* sponsors seek SPECIFIC BENEFITS, and not just popularity!

What commercial sponsors (hereafter called just sponsors) are interested in are the opportunities to directly reach their target customers in a way which guarantees that the latter:
– Will consider the sponsor’s message;
– Will be provoked to later take a specific action – look for more information by phone or internet, visit a trade location and examine a product, directly buy or …

Here are some tried and tested recommendations to those who seek sponsorship support:

END_OF_DOCUMENT_TOKEN_TO_BE_REPLACED

How to Offer Discounts

Posted on September 21, 2012 by Stefan Dimitrov

This article is targeted at SALES PEOPLE, I’ll write another one for buyers (or “How to Ask for Discounts”) 🙂

I adore bargaining and according to me, if there are suitable conditions for making a deal, discounts play the key role in defining the outcome of the negotiating process. It doesn’t matter whether you are involved in difficult sales negotiations, market haggling, or family conversations, discounts are an important leverage for bringing the haggling viewpoints closer except for the cases when the seller is a monopolist or doesn’t care about the sale (remember all the saleswomen from the socialist past, who made you feel as uninvited visitors).

END_OF_DOCUMENT_TOKEN_TO_BE_REPLACED

Posted on September 15, 2012 by Stefan Dimitrov

I am very happy to announce that my blog becomes bilingual – some of the articles will be published in English as well.

Thus I believe that selected practical advice will reach a broader audience and will help more people to achieve their dreams.

How to Deal with Unfair Competition?

Posted on September 9, 2012 by Stefan Dimitrov

A few days ago a friend of mine asked me for some advice on how to cope with unfair competition in a certain region of the country. It was the common situation – bad-mouthing in front of clients, speculating with prices, lying about the products’ qualities, providing wrong information about who is the official representative of a foreign producer and so on.

While preparing my advice to his sales people, I asked the omniscient Google to find the exact phrases:
–    “нелоялна конкуренция” (in Bulgarian)– 82 200 occurrences
–    “unfair competition” – 3 440 000 occurrences

Then I put some efforts to calculate the correlation of these results to the number of people speaking the corresponding language – about 433 million people with English as their mother tongue (to make it easier I included only USA, Canada, Great Britain and Australia), and 7.3 million Bulgarians. 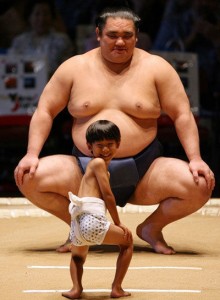 It turns out that “нелоялна конкуренция” (the phrase in Bulgarian) appears 14 times more often than the phrase in English in terms of the number of people speaking the corresponding language as their mother tongue, taking into account the inaccuracy of “the sample” (in fact, the English speaking people are much more)!

So, why do Bulgarian people speak about unfair competition 14 times more often than do English speaking people? Maybe because it is more common in Bulgaria…? Or because traditionally we tend to blame others for our own failures…? You might think of yet another reason or even decide to go deeper and find in what context the phrase appears☺

I think there is no sense in speaking about “unfair competition”! Competition assumes a conflict of interests in which each participant acts according to its own understanding of ethics, morale, abiding the law and sticking to agreements. People differ and so does the way they act; they think they do something in the right way even though the others might blame them as unfair competitors.